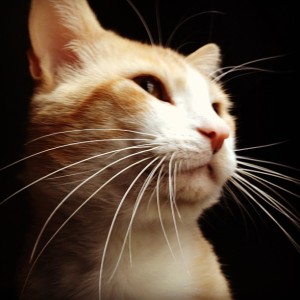 My baby passed away March 8, 2018. I will never stop loving him, my little yam, my best friend. Jedi is my vocal ginger baby who is almost always within reach of myself. He came into our lives summer of 2006 when we found him (who was a teeny tiny kitten at the time) and his pregnant mother wondering around our backyard.

Jedi is your typical fat and cranky ginger house cat who loves to eat, cuss at the birds, sleep, eat, bathe himself, attack his human sister (Raven) and did I mention he loves to eat? He also has a shoe fetish and will lick the bottoms of any and all shoes, and rub his face all over them. Jedi was diagnosed with a wheat gluten intolerance in late 2011, and he also has feline acne flareups every once in awhile. Jedi rules his kingdom with a velvet paw and sharp claws. 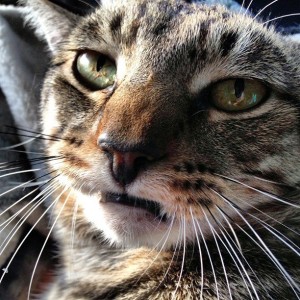 Nefarian looks and acts more like a wild feline then a house cat. We found him in the spring of 2011 just a few months before we moved into our new home.

Nefarian spends his day waiting for his nightly treats, playing with Widget, and getting pissed off at the squirrels and lizards. Nefarian has issues with bladder inflammation and UTIs but that doesn’t stop him or his orneriness. He is a smart cat who observes everything and everyone. Nefarian loves giving head boops and, despite his resting bitch face, is a sweetheart. 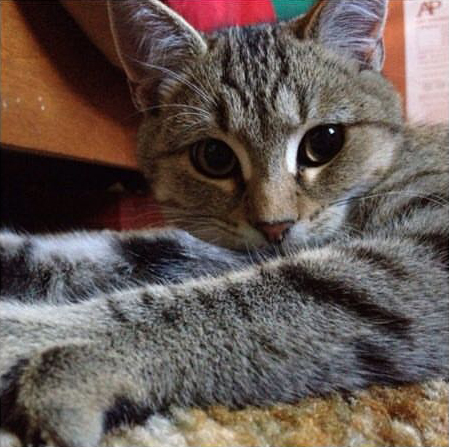 Widget came into our lives in the summer of 2015 when his pregnant feral mom and his two brothers decided to make the area underneath our back porch their home. We found homes for his siblings but decided that Widget needed to live with us. Widget is an extremely loving, sweet, playful, and derpy kitten that doesn’t like to be alone. He loves to lick and bite, and be right up against ya. He purrs like crazy, is constantly doing toe flexes and loves to eat! He protests with cute meows whenever he’s not allowed to do something that he has his heart/brain set on. He loves feathered toy mice, watching the birds, and running around/playing with Nefarian. Widget is oh so ornery and the sweetest little thing ever.